All you need to know about Fiber Optics | Sell Any Mobile

All you need to know about Fiber Optics

What’s so great about fiber optics? Well they are actually the best and easiest way to get your data and information transferred. Through the years it has wrong rapidly and has now become the most demanded installation to be done for countless of companies, it’s not only limited towards the business uses but also for personal and can be done in houses.

But before we go any deeper into the whole idea of fiber optics, it is best to have a full understanding on what fiber optics are and why they are highly demanded in the past few years. 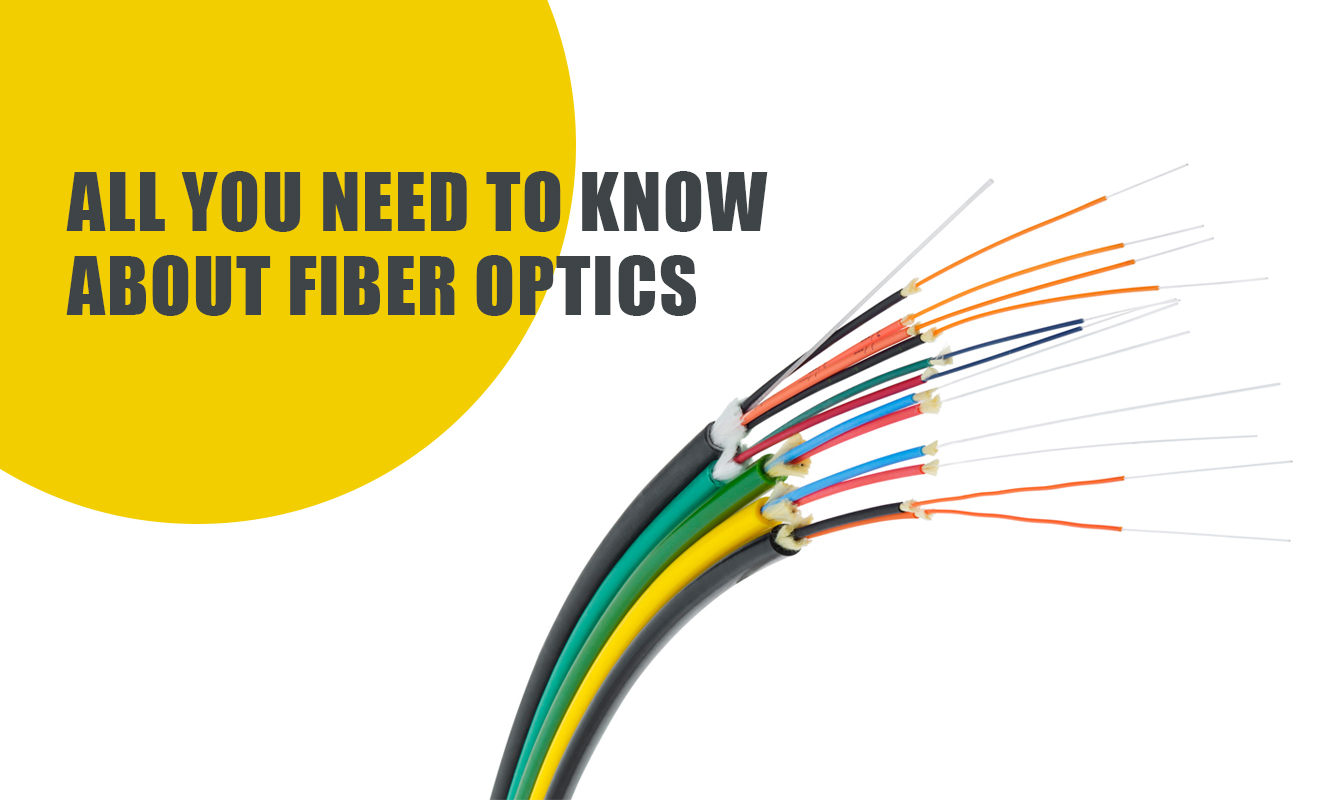 Fiber optics are made up of either glass or plastic strands that are fairly thin (usually compared to a hair strand), the fiber strands are less thick than an average human strand would beand varying with the amounts of strands that are within them from as little as two to at least a several hundred strands.

The core is generally the center of the cable, within that parameter it would act as the pathway that guides the light to travel forward, the next layering is the cladding which is made from glass in which it would reflect the light, it is the layer that would cause the light to bounce around for the reason of avoiding loosing signal or even the light slipping though the cable on the bended areas.

There are two main types of fiber optic cables, it being the single mode and the multi-mode fiber. We will go more into detail what exactly are both the modes are and pointing out the difference between them.

As previously mentioned fiber optics are a highly demanded solution in various fields that require the utmost best systems and security, the use of fiber optics can be found in use in areas that would probably not cross your mind. They can usually be found applied for telecommunication systems that apply towards global networks as well or even desktop computers, the fibers would be used to transfer high capacity data around that through regular copper cabling would take very long to process, whereas the use of fiber cabling would do the job in “light speed”. Transferring files such as voice data, video and such files, the files would be able to be transferred as far as less than a meter and around a few hundreds of kilometers, that is using one of the standard designs that are generally used for fiber cabling designs.

Apart from telecommunications, fiber cabling can be found being used at multinational firms as they would require the use of a reliable system and feel more secure to transfer confidential files between buildings and to transfer worldwide. Also television companies would use fiber for the reason being of delivering the digital video and data, as the high bandwidth that fiber optics provide is the best choice for transmitting broadband signals through HDTV (high definition television)

Having a brief introduction into the history of fiber optics and when were they generally introduced to the world and began being used.

Dating back to more than 40 years ago, fiber optics were first installed in Chicago, IL, USA in 1976 for the R&D Labs, soon after that in the early 1980s the fiber cables were connected to all the major cities in all coasts. Through time during the mid 80s fiber began growing rapidly and was used in all directions, replacing all the uses of telco copper, microwave and satellite links. Which later on fiber was introduced in the markets for phone and internet services, this way they had now been used in multiple markets and showed no signs of evolving.

Eventually other applications from aircraft, ship, CCTV, hospitals and so much more have begun to use fiber optics as they found it the most reliable solution to date. As of now more than 80% of long distance data transferring is done through the use of fiber optic cabling.

Since getting a brief history on the origins of fiber optics, but going back to both single mode and multi-mode are we’ll have to break it down to have a better understanding.

The basic and simplest mode for an fiber optic would be the single mode, having a fairly thing core that would be 5 to 10 microns in diameter (millionths of a meter), in this mode the light (all signals) travel straight down the middle of the fiber and would not bounce on the edges.

Certain industries are known to use this mode, from cable tv, internet as well as telephone signals, they all use a single mode fiber as they can send information for over 100km.

As for the multi-mode fiber, they are at most 10 times bigger than a single-mode cable. That would result in the light being able to travel through the core in not one a single path, but multiple paths which is why it is called multi-mode. The downside to the multi-mode cables would be how the information that is being sent don’t reach very far and can send over short distances, this is why they are used to link computer networks together and many other scenarios.

I’m sure if you were trying to find a way to install fiber optics, you would be able to find the right companies in your region that would be able to explain fiber optics and what they best options for you to use would be. Simply searching what you have in mind may direct you in the right direction. Buy Fiber Optic Connectors online in UAE.