Where To Sell Your Used Google Pixel 4 XL 128GB and for how much? 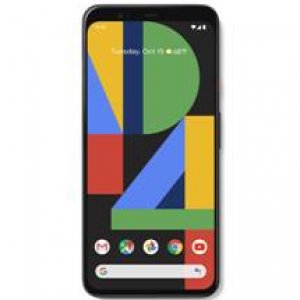 Whether you no longer need your Google Pixel 4 XL 128GB, need some extra cash towards your next holidays or looking for an upgrade when a new Google mobile phone comes out, you've just got to have it. But upgrading from an older Google to the latest, most wonderful, and cutting edge model can be an expensive proposition.

Depending on the model you prefer, you might be looking at somewhere around £145.00 or even more.

But don't despair, you can turn your old Google Pixel 4 XL 128GB in working or non working broken condition into cash that you can spend on the new model or your holidays. There are always sites like eBay or amazon where you can sell this device, but these days things are much faster and easier then listing and risking your device on these bidding platforms.

There are many companies based in UK that specialise in trade-ins of brand new, used and even faulty Google Pixel 4 XL 128GB for instant Cash.

According to our experts the cash trade in price for Google Pixel 4 XL 128GB will drop up to £108.75 in the next 14 days as Google rumours to launch a better and faster device soon.

Have a look at some of your options below and choose the most suitable recycler as Each of these companies has different terms for their trades, so be sure to read closely and ask questions before parting with your Google Pixel 4 XL 128GB but this can be a great way to get that new gadget you crave while also paying a bit less for it.

The following sites are some of the most prominent and widely used options for selling a Google Pixel 4 XL 128GB:

WeBuyAnyGadget.com is operated by a team of service professionals dedicated in recycling unwanted electronic waste in the United Kingdom. We encourage the recycling of unwanted devices by offering a cash incentive for the recycling of unwanted electronic waste. Our mission is to prevent recyclable waste ending up in landfill, whilst also presenting the possibility of those less fortunate a chance to own electronics that they would usually be unable to afford.